UPDATED: 15th December 2019 – GG|’s review features are now live to Elite subscribers and I have updated the article accordingly.

Logging your films on Letterboxd is pretty standard practice now for many a film fan. It’s a platform that not only allows you to keep a complete log of the films you watch, but you can also write up reviews for all to see, see what people you’re following have watched, easily make lists, and provides you with a yearly round-up of your viewing habits (if you upgrade your membership). I often found myself wondering if there was a similar website to log my video game playing (or current lack of) but my searches always proved fruitless.

One day as I was scrolling through Twitter I saw a follower received a reply from GG| who’s Twitter name declares them ‘The Letterboxd for Video Games’ – so of course, I checked them out and signed up. I immediately liked what I was seeing and encouraged some friends on Twitter to sign up and check it out.

GG| is still in its early stages, but the site’s creator, Charles Watson, is working hard behind the scenes to build something that I believe will become a gamers go-to, much like Letterboxd is for film fans now. 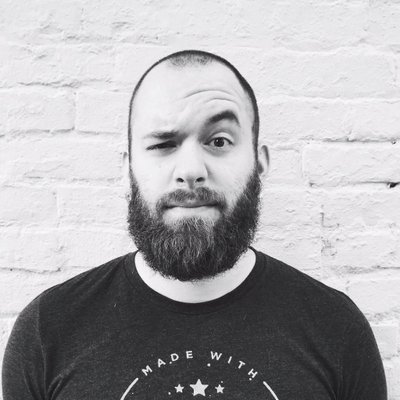 “There are so many amazing games coming out these days, but I also missed out on a huge portion of generation-defining games. I basically stopped playing video games altogether just before the Xbox 360 and PS3 were released and I didn’t get back to gaming until a couple years ago. So I have about a 10-year gap in my gaming history. Once I started getting back into gaming and listening to gaming podcasts I realized just how much I missed. Having used apps like Goodreads or Letterboxd I really wanted an app like those to keep track of all of the game recommendations I was getting from friends or the podcasts I listen to. That’s what sparked my desire to build GG|”

GG| allows you to log your video games under six categories

Having these particular categories means you have to be honest with yourself when you start logging your games… Maybe it’s time to admit I’ve completely abandoned those stack of games that are sat gathering dust on my shelf? Or maybe this realisation will give me the kick up the arse I need to actually begin tackling my shameful backlog… (it has by the way!)

GG| also has an ‘explore’ section where you can see the current games that are trending, games that will be released soon, and search for any games you want to log or just check out. The trending list shows the top 100 games on the site and is updated in real-time so you’re always in the loop.

Below I’m going to take a look at what GG| currently has to offer, its membership tiers, and also some words from Twitter folk currently using the website to log their own gaming adventures.

[pane title=”    Dashboard”]
Right off the bat, GG|’s dashboard is sleek and appealing to my minimalist loving self. Your little profile card lives up in the top left with your follower’s activity front and centre. Your feed will show you what your followers are playing, what they’ve completed, what they’ve shelved, and so on. There’s also a little + button on the top right of their activity which allows you to categorise that particular game and add it to your own profile. I find these serve as a reminder to add games to my profile that I may have beaten or completed years ago but still want my followers to know.

The user profile page is slick and clean – showing your latest activity in a row at the top with a sleek coloured bar underneath that indicates what you categorised the game under when you logged it. Underneath that is where your created lists live, and a colourful column of the categories that will take your visitors to a page filled with the games you’ve put under those categories.

Much like Letterboxd, your lists can be either public or private and you can decide whether to rank the games in the list or not. The lists are perfect for keeping logs of your favourite games, ranking franchises, or maybe even keeping track of games you’ve pre-ordered! It’s easy to forget what games you’ve started and what games you have (in both physical and digital form) so I fully intend to create a list of my ‘currently owned’ games so that I can easily keep track of them.

I have to admit, it’s incredibly satisfying marking a game from ‘playing’ to ‘beaten’ or ‘completed’ and seeing that coloured bar change colour! As someone who has a huge backlog of games to catch up on, I will be utilising GG| as much as I can to keep track of my progress playing through and completing games.

UPDATE: Reviews are now live for all members of the site on mobile and desktop. Whilst I have yet to sit and share my thoughts on some games I’ve played this year, I did test out the new feature as soon as it was available and I already can’t wait click on a game and read reviews from users. The reviews sit nicely within the profile page, and there is also a dedicated page for each user’s reviews – so for example, if you click here you will a whole page with just my reviews.

In the very near future, Charles will be rolling out subscription options to allow users to expand their GG| experience with extra features such as custom backdrops, the ability to pin lists, show off your Game of the Year or GOATs and much more.  The screenshot below is of the current premium perks (subject to change) and I’m assured Charles has other premium features up his sleeve that will be introduced in the future.

Users will be available to either pay monthly or yearly, or of course, keep their account free. The two premium tiers are Elite and Pro.

In my eyes, these subscriptions are worth the money because not only will you be able to build up your profile and become part of this growing community – you’ll also be supporting an independent developer who has created this site because of his love for games. Charles is the sole developer of GG| so I imagine it takes up a lot of his time building on his ideas as well as taking on board user feedback. The subscriptions will support his work on the site and will allow him to roll out even more premium features in the future.

[pane title=”    GG| App”]
Thankfully, GG|’s app maintains the website’s minimal look and easy to navigate user interface. There’s not a lot to say here that hasn’t already been said – so below is a quick demo of the app I recorded, but I highly recommend downloading the app and checking it out for yourself.

“When I became overwhelmed by my backlog, I knew I needed a backlog manager. I looked at sites such as Backloggery and tried many of them. They were nice and serve their purpose, but the effort it takes to do one thing was cumbersome. GG, on the other hand, was quick, snappy and intuitive. And because the app interface is quickly accessible, you want to use it more. You get inspired by seeing other people’s setup and backlog” – @WJ_AzureWolf

“My friend Chad and I host a podcast called Respawn Aim Fire and we use GG app in our community to see what games everyone is playing! Seriously a great app for logging games and seeing what your friends are playing! I also use it to keep track of our B.A.R.F. Games (Back Log Accomplishments with Respawn and Friends) to see what we have/want to play. I also use lists to track what I’ve played and beaten, separately, for the year so far. We’ve been pushing the app on our podcast since earlier this year because Chad and I love it so much!” – @holdendepardo

“I’ve found GG| to be the most attractive and usable platform for tracking your gaming. There are still some features missing, but the developer has been very open about his plans and what he’s working on. I look forward to the future of the app!” – @christiantmoore

“Overall I’ve been really impressed with the quality and thought that’s put into this project! One of my favorite things about our modern world is that you can follow the creators of your favorite technology, and hear their thought process for development. Also, they can hear YOUR thoughts about the app. This is my favorite thing about GG: Charles is always open to feedback and questions! I’ve reached out to him several times and he’s always been willing to hear from me.” – @EmmettArmstrong

“It’s been fun seeing it grow and improve little by little over time. So, for me personally, I love using it to see what I want to play next. Whether it’s an old or new release, my “Want to Play” section is packed with games I’m salivating over. It’s also a fantastic resource to discover games. Fleshing out your network lets you see what others are playing and often times it’s a game I’d simply never heard of before. Really looking forward to seeing how Charles updates it in the future.” – @dougsvest

“What I see for the future of GG| is it becoming the go-to place to share all of your gaming activity and to discover a plethora of amazing games that fit your tastes exactly. We all have that huge pile of games that we will likely never touch. I want GG| to be the place where you can get all of the information you need to be ok with leaving some games behind in favor of playing the things you will actually enjoy.”

My hope now that you’ve taken the time to read this write-up is that you’ll give GG| a shot and set yourself up a profile and see the advantages of logging your video games like you (most likely) do your films. Charles is building something with huge potential and it has been wonderful following the site’s journey so far knowing this is just the beginning.

UPDATE: Since originally writing this article I have since signed up for Elite membership and have been lucky to be part of GG|’s exciting growth. Charles keeps everyone updated on what he’s working on and is always open to feedback and input from users – making sure

or download on your phone/tablet from the App or Play Store.

Some threats to Black communities are obvious: overarmed, racist police officers with itchy trigger fingers, ...
By Audrey Fox
7 hours ago

There was a study made by the Center for Community Innovation at UC Berkeley around ...
By Christian Santiago
8 hours ago

So, we’re now reaching the mid-point of Lovecraft Country and it is perhaps time to ...
By Fiona Underhill
1 day ago

As I’m sure you know, we recently published Issue #2 of the JUMPCUT MAGAZINE and ...
By Fiona Underhill
2 days ago

Warning: the following article includes plot spoilers for Mudbound (2017).  War alludes to destruction and ...
By Ram Venkat Srikar
2 days ago

A City on a Different Rhythm: Re-examining Michael Mann’s ‘Collateral’

Unless you’re already a fan of the book (in which case, bully for you for ...
By Holly Weaver
4 days ago

After the Golden Age and the turbulent Wartime era, the dawning of a new decade ...
By Sarah Buddery
4 days ago