What I love about Star Wars right now, is that everything produced has such importance within the wider narrative, even if it’s the slightest thing. I love how I can read a sentence in a novel that references something in the movies. It gives me such a unique joy, that I can’t quite explain. This is the feeling I got watching the trailer for the upcoming game Jedi: Fallen Order.

Battlefront has been the leading Star Wars games over the past few years. Although it is very aesthetically pleasing and I love the idea of fighting on Hoth and with my favourite characters, I don’t do well with online multiplayers. So when Jedi: Fallen Order was announced at Star Wars Celebration last week, I was overjoyed as it is a single-player story focusing on the events shortly after Episode III: Revenge of the Sith.

Firstly the fact that this is an entirely original story is amazing. Although I love revisiting older characters, I think the most effective Star Wars narratives of the past few years have featured new faces, and I think Fallen Order will continue this tradition.

Jedi: Fallen Order will follow Cal Kestis, a surviving Jedi Padawan, who has to navigate the dangerous world post-Order 66 (Palpatine’s order to have all of the Jedi executed at the end of Revenge of the Sith). As a Jedi on the run, it looks as though there will be a lot of difficult choices to be made by him, especially when it comes to using his Jedi powers.

Now I LOVE this because we haven’t really seen much of this kind of dynamic in the universe before, it will show so many of the repercussions of Order 66 and the Empire’s rise to power, which is going to be super intriguing.

It does, however, make me think a lot about its similarities to Rebels, the animated TV series that ended last year. Rebels is probably one of my favourite Star Wars narratives to date, and takes place, again in such an interesting time-frame. It is a few years before A New Hope, the hunt for remaining Jedi is still in full force, but the Empire is fully established and the Rebellion is finding its feet. The main element that got my attention was seeing this figure in the trailer: 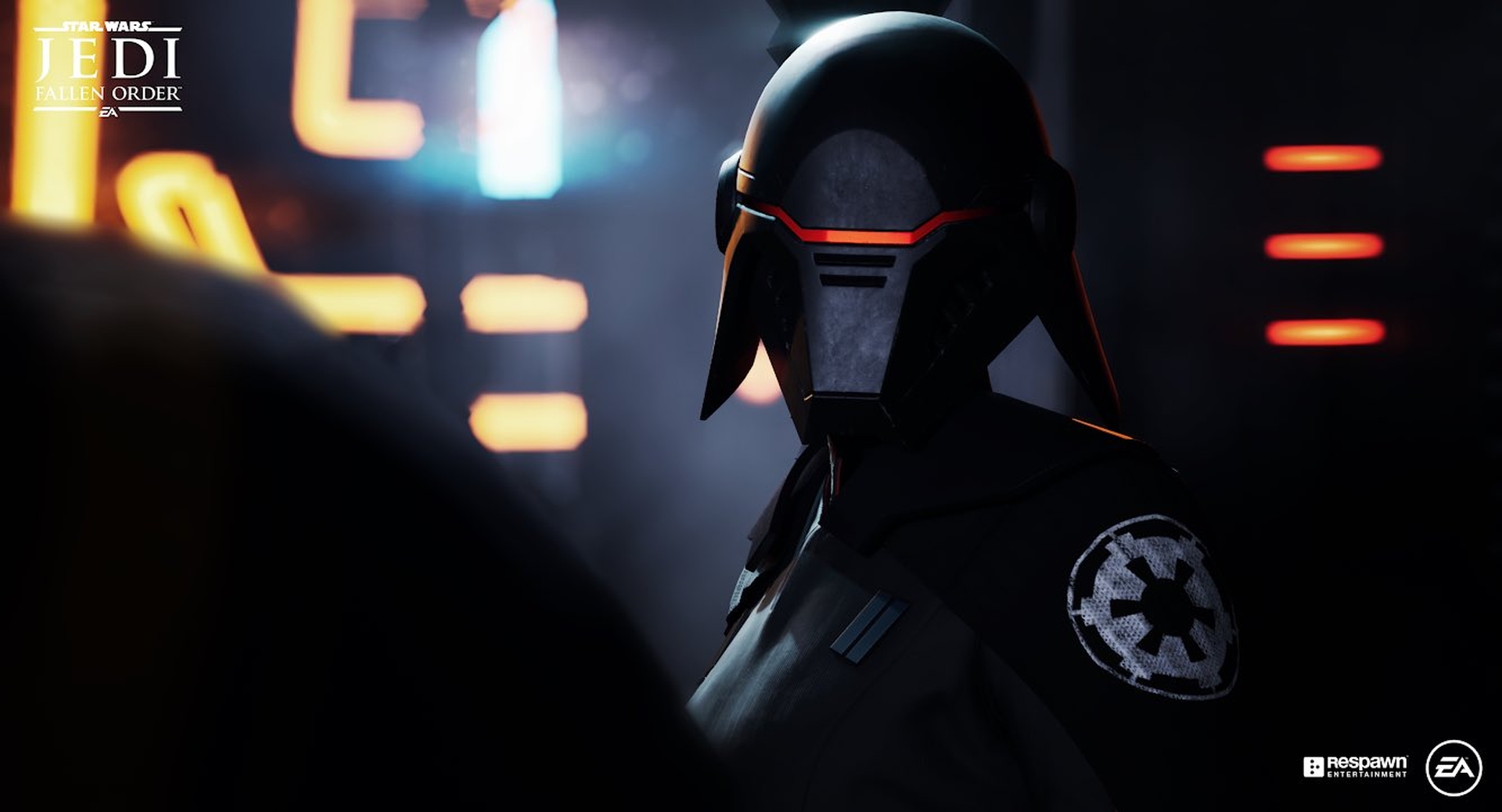 These guys are called Inquisitors and are given numbers rather than names. They are tasked to hunt down the remaining Jedi, but they themselves use the force, trained by Darth Vader himself. It is so exciting to see Inquisitors in this game, I have always found them so interesting. They also look so incredible, and any scene with a lightsaber battle with them involved is an awesome light show as they have Darth Maul-style double-ended lightsabers that also spin. They are pretty epic. So the thought of being able to fight one of these guys in the game is so exciting.

Furthermore, the specific Inquisitor that is seen in the trailer could have ties to the animated series, The Clone Wars. There is speculation around that the Second Sister is Barris Offee, an ex-Jedi Padawan, who in her disdain for the Jedi Order bombs the temple and is arrested; her fate after this is unknown. The Second Sister has only featured in the Marvel Comic, Darth Vader #19 and was largely silent, so there is every possibility that this theory could be true!

There is a lot to think about with Jedi: Fallen Order and pretty much all of it is so exciting when connecting it to the wider universe, and I for one cannot wait to get my hands on it!

Climb Mountains From The Comfort Of Your Sofa In ‘Climber: Sky is the Limit’