A Tribute To… The Simpsons Hit & Run

This week marked the 19th year that we have been blessed with the PS2. I currently have two in my flat and they both still work perfectly. Amongst all the classic games like Shadow of the Colossus, Final Fantasy X and Okami there lurks a true icon in racing game history. That’s right, Simpsons Hit & Run.

Now you may be thinking I am mad choosing this of all the games to talk about in relation to this epic gaming console, and you know what, you’re probably right. I mean I could have chosen Grand Theft Auto, but I was apparently too young to play that at the time, so my first driving game was Hit & Run.

The Simpsons Hit & Run is a fairly simple game, like GTA you have missions, mostly being completed with a vehicle. A lot of them are time trials, races and collectable missions; but they all are equally as whacky, we are in the world of The Simpsons after all! The narrative again is simple, strange things are happening in Springfield; security cameras, mysterious vans, a new flavour of Buzz Cola, which causes insanity. Throughout the game, you discover that these incidents are part of a larger conspiracy. 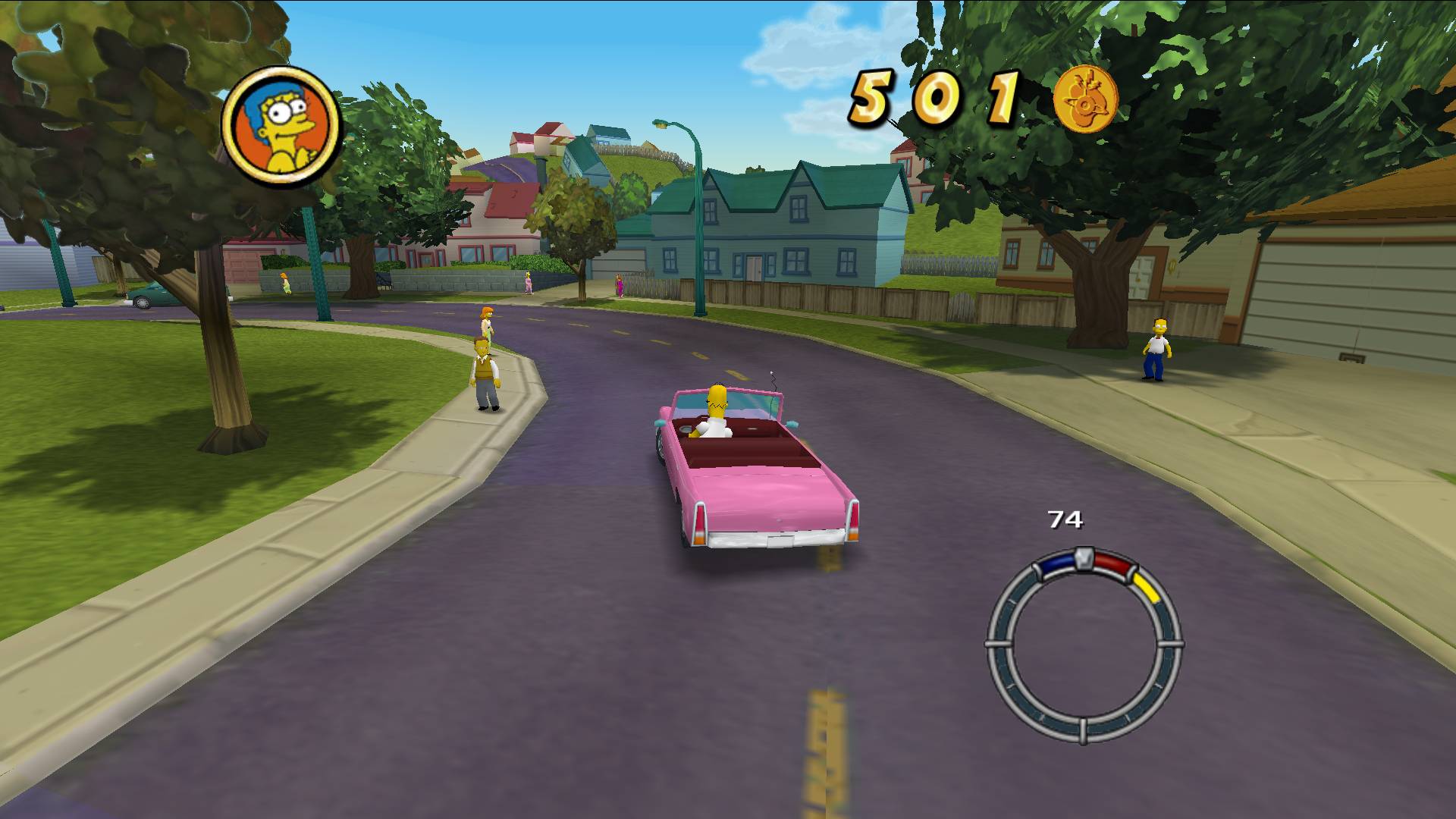 The game is just an instant fun-fest; driving madly around Springfield is downright fun and on top of this, I never got bored of it. Even to this day, I can spend hours on end driving around and crashing into things, and people; and the key to this is the level design. It was constantly changing. After each level, you would change character, and with the character, the environment changed, placing you in a different area of Springfield, which all had such a different tone, and if you went back to the same map, it would be a different time of day. It was just so great. I remember the first time I played it getting so excited at the end of each level because I couldn’t wait to explore the next one.

The world is surprisingly rich as well, in that you can crash into almost anything and gain coins, apart from people that is. It’s not without its hangups though, go too crazy and the police will be after you, but again this is just so much fun. There were so many tasks I used to set myself in the game, sometimes I would even try my best to drive perfectly, and I still had so much fun doing it. I would always try and get sports cars, naturally by hijacking them. There was so much to do even when you weren’t on missions.

I will admit, however, that I never finished this game…I was around nine when this game came out and this was when I wasn’t the best at playing games, I don’t even think had completed one at all. Hit & Run was one that I played the most of though and the only reason I didn’t finish it was because of this impossible mission on Apu’s level and at the time my patience was limited. So I have left it all these years. But the best thing about this game is, when recently picking it up again for the first time in years, I am still having as much fun with it, and I desperately want to complete it this year…about 15 years later!

The Simpson’s Hit and Run is not just a fond memory for me, however. Every time I talk about this game peoples faces light up. It is such a classic part of so many peoples childhoods, it is one of those games that feels like it should be terrible, however, it just works, and is honestly, in my eyes timeless. So if you do still have your PS2, I urge you to nip into a second-hand games store and pick up this title, you won’t be disappointed!

Siobhan is a gamer and film lover who likes most genres, but does have a special place in her heart for horror movies and very pretty looking games! Alongside writing for JumpCut, she has her own blog and recently founded Glitch, an online publication that explores the relationship between mental health and gaming.

Where Did The Skaters Go?