Filmmaking For The Digital Age: Meet The Producer On A Mission To Make Films With A Conscience

From the #MeToo and #TimesUp campaigns to the Black Lives Matter movement, in today’s world social issues are never far from the spotlight. One film-maker is determined to use his platform to enter the conversation, creating feature films and TV series which are sure to inspire debate long after the final credits roll.

Meet Bizhan Tong: the director/producer behind Phoenix Waters Productions. The company have just finished shooting their first feature-length film, ‘The Escort‘, which debuts at several international film festivals this summer.

Told in real time, ‘The Escort’ follows a man (Kevin Leslie, The Rise of the Krays) who pays for sixty minutes with an escort with a view to convincing her to leave her line of work. What follows is a lively verbal battle exploring sexual politics, and what intimacy means in a ‘swipe-right’ world. The film is the first in a series of social commentary pieces, made as the result of extensive conversations with both former and current sex workers.

After ‘The Escort’, Phoenix Waters Productions is starting production work on ‘Night Ride’, a tense hitch-hiker thriller which explores the shortcomings of the American Dream, and the price to pay for human success. This promises to be a further exploration into themes of social justice at the forefront of national consciousness today.

Bizhan has been writing screenplays from a young age, launching his first business aged 14 selling DVDs to raise funds for his filmmaking equipment. It was while studying Maths at the University of Manchester that he produced and directed his first short film: ‘Ticket’, exploring themes of toxic masculinity, which starred fellow student Rory Girvan (Stella, Sky One).

“The aim is to develop high concept, high quality storytelling for Film and TV to both entertain audiences across the globe and shed light on the marginalised and promote key issues to enact positive social change.

I have always has a passion for film, and I am involved in various social causes, working with children’s charities and striving for gender equality within the financial services space. I have always believed that art has the power to enact meaningful change, so the opportunity to fuse my two passions felt like the natural next step. I hope to inspire and prompt audiences into action through the visual medium, just as movies like ‘The Shawshank Redemption’, ‘El Salvador’, and ‘Children of Men’ inspired and shaped me.”

Bizhan now lives in London with his six cats, after the stray he adopted turned out to be pregnant!

Check out the trailer and poster for ‘The Escort’ below, and keep an eye on their social media for updates! 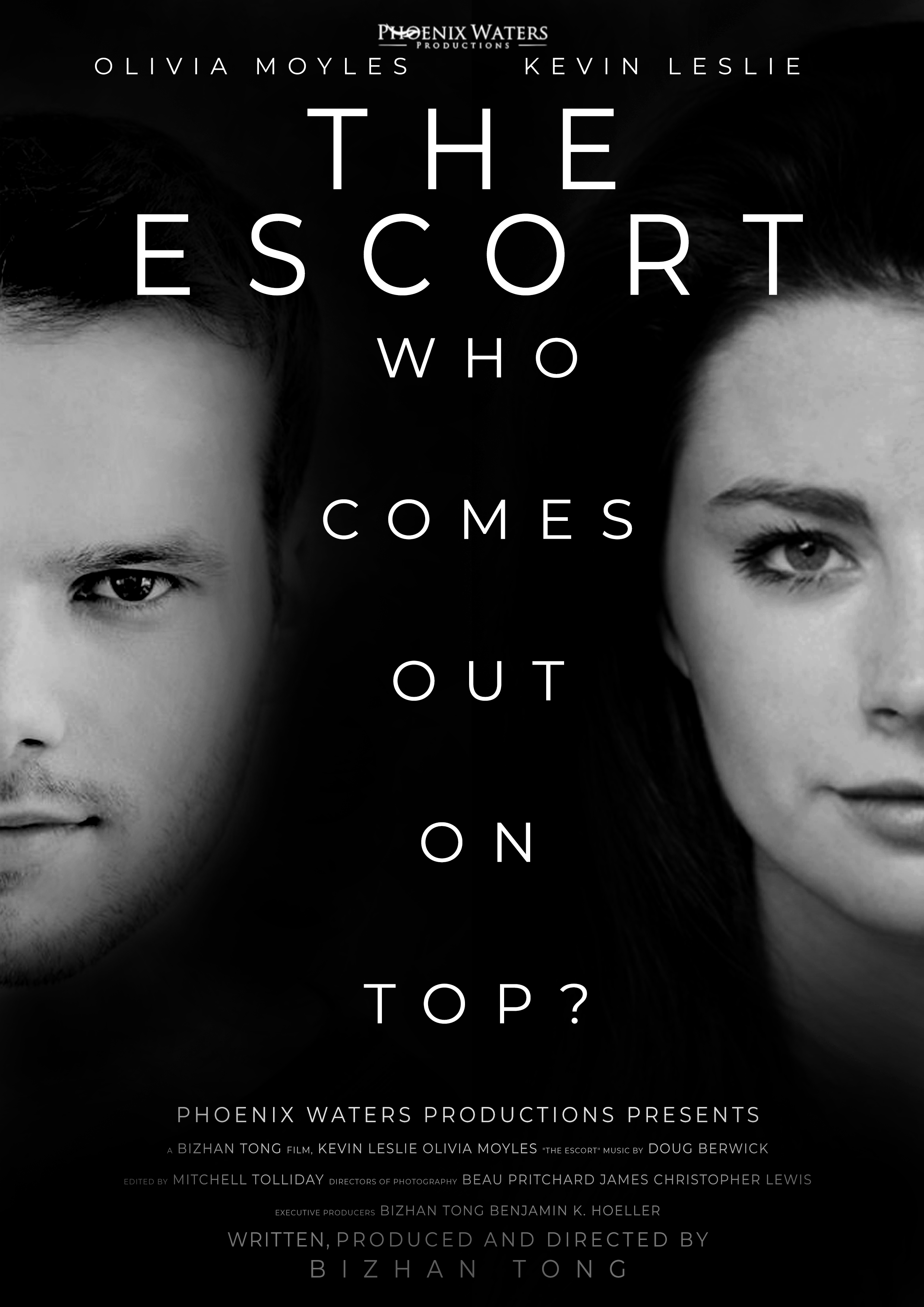 Weekend BO Predictions: 'Incredibles 2' Hints At A Record-Breaking Opening Worth the 14 Year Wait

JUMPCUT Is Now On Ko-fi!

REVIEW: The Wheel Of Time (Episode 5)